What Everybody Ought to Know About Hockey In Toronto 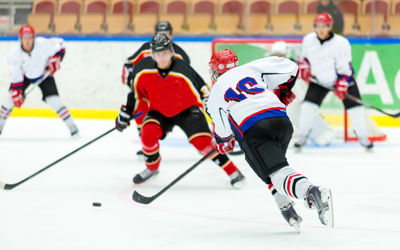 The Toronto Maple Leafs are one of the most famous franchises in sports. They play at the Air Canada Centre, and their schedule starts in October and ends in April. If they make the playoffs, they could be hosting home games as late as June. What should you know about attending a hockey game in Toronto?

Get Your Tickets as Soon as Possible

You will want to get your tickets as soon as possible as Maple Leaf games are a religion in Toronto. If you need to buy tickets as part of a corporate outing, it may be a good idea to contact the corporate or group sales department as soon as you know the date of the game that you would like to attend.

Many games are sold out days or weeks in advance. Therefore, it may be necessary to buy them through a sanctioned third-party ticket provider. In many cases, fans who have tickets that they cannot use will sell them online for at a slight markup or a slight discount.

Take as Few Cars as Possible

Getting around downtown Toronto on the night of a Leafs game can be treacherous. Therefore, you may wish to take public transportation or book a limo to and from the game. This may be beneficial if you are trying to show a corporate partner a good time or simply want to enjoy the game without having to deal with traffic.

Those who don’t want to brave the large crowds for a Maple Leafs game could attend a Toronto Marlies AHL game instead. The American Hockey League features the top minor league affiliates to teams like the Maple Leafs and tend to have ticket or other promotions to increase your purchasing power. The best part about going to a minor league game is that the arenas often have better sight lines, and you can be closer to the action regardless of where you sit.

Get Your Tickets Online or the Day of the Game

For a Marlies game, you may be able to get your tickets minutes before the game at the arena box office. You may also be able to order the tickets online and pick them up at a will call window when you get to the arena. Either way, you typically don’t have to worry about a game being sold out before the day of the game.

Whether you want to see the Maple Leafs play or just want to take a group out for a hockey game at the next highest level, you have many options in Toronto. Whether you are a fan of the home team or just want to say that you have seen them play, it is never too early to book your limo package for a game.