Getting Around To Events In Toronto 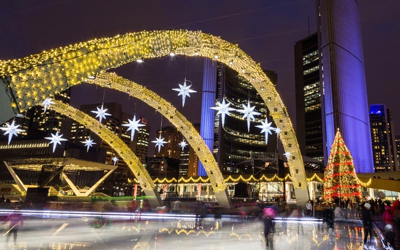 When you are purchasing your concert tickets online for an upcoming concert in the Toronto area, you will need to start making plans on how you are going to get there. Do you want to drive, have a friend drive, take a cab or rent a limousine from a trustworthy company.

Many people think that renting a limo can seem to be very extreme, on further inspection, it is an affordable way to travel, especially for a group. While you are headed to the event that takes some time to get to due to traffic, you will be able to sit back and relax. Leave it up to the driver to deal with the stop and go traffic while you chat with friends and sip on some well-earned cocktails.

The professional driver will get you to and from the concert while you are having fun safely. There are so many styles of limos from modern, traditional and extravagant styles. One of the great amenities that a limousine offers is that they can hold a large number of people at one time, making it a great big party on the road. By having so many people going with you to the concert, you can split the bill making it very affordable for all that are attending.

You will have a memorable night and you can indulge in as much drinking as you want because you are not the one who is responsible for driving home. If you plan on making a weekend out of it, you can take the limo one way and stay at one of the nearby hotels.

There are many upcoming events in the Toronto area that bring in many tourists yearly. The Canadian National Exhibition runs until September first offers rides and fun for the entire family. Canada’s Walk of Fame Festival will be held sometime in September, the dates have not been announced yet. You can see over 100 performances in the downtown area and most of them are for free.